USCIS issued a policy memo designating Matter of H-G-G- as an adopted decision, noting that “For purposes of adjustment of status under section 245 of the Act, a recipient of Temporary Protected Status (TPS) is considered as being in and maintaining lawful status as a nonimmigrant only during the period that TPS is in effect; a grant of TPS does not constitute an admission, nor does it cure or otherwise impact any previous unlawful status.” Matter of H-G-G-, Adopted Decision 2019-01 (AAO July 31, 2019)

As USCIS begins to shift caseloads between field offices they may schedule applicants to appear for an interview at a field office outside of their normal jurisdiction. Applicants may receive an interview appointment notice or other types of notices (such as a Request for Evidence) from a field office outside of their normal jurisdiction. However, these caseload changes will not affect where applicants attend their biometrics appointments. We will still direct them to the nearest application support center. Applicants should follow the instructions on any notices they receive from USCIS.

As we get the notices for interviews we will let you know when and where we will need to appear. Mr. Geygan will still appear at the interview.

On May 14, 2018, USCIS will begin recalling approximately 8,543 Permanent Resident Cards (also known as Green Cards) due to a production error. The Green Cards were for approved Form I-751, Petition to Remove Conditions of Residence for spouses of U.S. citizens. The cards were printed with an incorrect “Resident Since” date and mailed between February and April 2018.

USCIS will send notices to individuals who received the incorrect Green Cards and to their attorneys of record, if they have one. The affected individuals should return their incorrect Green Card to USCIS in the provided pre-paid envelope within 20 days of receiving the notice. They may also return their cards to USCIS field offices. USCIS will send replacement Green Cards within 15 days of receiving the incorrect card.

Spouses of U.S. citizens may apply for naturalization after three years of permanent residency and must meet other requirements. The incorrect date on these cards could lead applicants to wait longer than necessary to apply to become U.S. citizens. 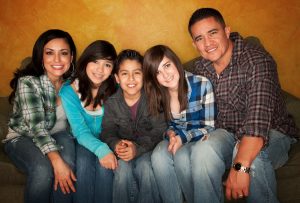 Obtaining a green card in the United States is taking a big step.  The process can be quite frightening for those unfamiliar with the immigration process.  There are a variety of ways to obtain a green card in the United States, however, a common means of obtaining a green card is through marriage.  In order to obtain a green card through marriage, the non-citizen will have to apply for adjustment of status, which simply means that the non-citizen’s status will be adjusted from being a visa-holder to being a lawful permanent resident.

When You Can Stay in the United States

These are not the only ways in which the non-citizen immigrant spouse can enter the United States, however, these are the more common ways.  While most non-citizen spouses will be able to stay in the United States during the adjustment of status process, it is still important to consult with an experienced immigration attorney to evaluate your particular circumstances.  Your case may require special steps that other cases do not require.

When You May Need to Leave the United States

There is no guarantee that an application will be approved, as each application is reviewed on an individual case-by-case basis, and no two cases are alike.  The government authorities at the consulate have the discretion to deny the non-citizen an immigrant visa, and consider the non-citizen spouse to be inadmissible to the United States for a previous illegal entry.  Consular authorities will consider various factors that help them decide whether or not to approve a visa application, and the amount of time a non-citizen spouse was living in the United States illegally is a significant factor.

A non-citizen may be able to obtain a I-601 waiver in order to waive the inadmissibility status if he or she can prove that the United States citizen spouse will suffer extreme hardship if the non-citizen spouse is not able to obtain an immigrant visa in order to enter the United States legally.  As is the case with the visa application process, immigration authorities have the discretion to approve or deny the application for a waiver.  If you or your spouse wishes to re-enter the United States after being required to leave following the marriage, it is essential that you speak with an immigration attorney who can advise you as to the proper steps you should take to seek adjustment of status based on marriage.

If you or your loved one is seeking to establish permanent residency in the United States based on marriage, it is imperative that you speak with an experienced immigration attorney right away.  The process for seeking permanent resident or “green card” status could be different depending upon your individual circumstances.  The seasoned immigration attorneys of Geygan & Geygan, Ltd. provide their clients with superior legal services to help them achieve their goals of lawfully living in the United States.  Contact Geygan & Geygan, Ltd. today at (513) 791-1673 to schedule a free consultation or for a free report click here.