EB-5 Tenant Occupancy
USCIS is revising guidance on immigrant investor (EB-5) cases involving tenant occupancy. Previously, the USCIS Policy Manual allowed for tenant-occupancy methodologies used by some petitioners to show their capital created, or will create, 10 indirect jobs. We have determined that these methodologies do not provide reasonable predictions of indirect job creation and are no longer considered reasonable methodologies to support economically or statistically valid forecasting tools.
USCIS will no longer accept tenant-occupancy models for filings on or after May 15, 2018. USCIS will continue to give deference to Form I-526, Immigrant Petition by Alien Entrepreneur, and Form I-829, Petition by Entrepreneur to Remove Conditions on Permanent Resident Status, when directly related to previously approved projects, absent material change, fraud or misrepresentation, or legal deficiency of the prior determination. 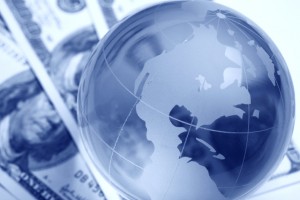 U.S. Citizenship and Immigration Services (USCIS) December 14th, 2017, it is taking steps to implement the International Entrepreneur Rule (IER), in accordance with a recent court decision.

Although the IER was published during the previous administration with an eﬀective date of July 17, 2017, it did not take eﬀect because the Department of Homeland Security (DHS) issued a final rule on July 11, 2017, delaying the IER’s eﬀective date until March 14, 2018. This delay rule was meant to give USCIS time to review the IER and, if necessary, to issue a rule proposing to remove the IER program regulations.

However, a Dec. 1, 2017, ruling from the U.S. District Court for the District of Columbia in National Venture Capital Association v. Duke vacated USCIS’ final rule to delay the eﬀective date. The Dec. 1, 2017, court decision is a result of litigation filed in district court on Sept. 19, 2017, which challenged the delay rule.

The IER was published during the previous administration to provide an unlimited number of international entrepreneurs a new avenue to apply for parole, enter the U.S., and use American investments to establish and grow start–up businesses. Parole is a discretionary grant made by the Secretary of Homeland Security and is granted only on a case–by–case basis for urgent humanitarian reasons or significant public benefit. The rule established new criteria to guide the adjudication of parole applications from certain foreign entrepreneurs, providing them with temporary permission to come to the country. The rule did not aﬀord a path to citizenship, which only Congress can do. Benefits:
• Increases in investment amounts are necessary to keep pace with inflation and real value of investments; (Why, it is finally at a workable price)
• Raising the investment amounts increases the amount invested by each investor and potentially increases the total amount invested under this program. (It also decreases the pool of investors significantly.  It is much more likely the amount invested will go down significantly.)
• For regional centers, the higher investment amounts per investor would mean that fewer investors would have to be recruited to pool the requisite amount of capital for the project, so that searching and matching of investors to projects could be less costly. (While there would be fewer investors needed, the pool of available investors goes down potentially raising the cost of attracting investors.)
Costs:
• Some investors may be unable or unwilling to invest at the higher proposed levels of investment. (Yes you are doubling the costs)
• There may be fewer jobs created if fewer investors invest at the proposed higher investment amounts. (Less available investors and less money to invest)
• For regional centers, the higher amounts could reduce the number of investors in the global pool and result in fewer investors and thus make search and matching of
investors to projects more costly.  (Yes!)
• Potential reduced numbers of EB–5 investors could prevent projects from moving forward due to lack of requisite capital. (Stalled projects and a decreased need for employees, not what the visa creation visa was intended for)
.

USCIS final rule which adds new regulatory provisions guiding the use of parole on a case-by-case basis with respect to entrepreneurs of start-up entities who can demonstrate that they would provide a significant public benefit to the United States. The rule introduces Form I-941, Application for Entrepreneur Parole. It also makes revisions to Form I-9, Employment Eligibility Verification; Form I-765, Application for Employment Authorization; and Form I-131, Application for Travel Document. The rule is effective 7/17/17. (82 FR 5238, 1/17/17) The Department of Homeland Security (DHS) is considering  EB-5 changes to the Immigrant Investor Regional Center Program. Based on decades of experience operating the program, DHS has determined that program changes are needed to better reflect business realities for regional centers and EB-5 immigrant investors, to increase predictability and transparency in the adjudication process for stakeholders, to improve operational efficiency for the agency, and to enhance program integrity. This Advance Notice of Proposed Rulemaking (ANPRM) is organized to include requests for comment immediately following discussions of the issues.
The former Immigration and Naturalization Service last promulgated comprehensive regulations implementing the EB-5 Regional Center Program in 1993. 58 FR 44606. Although Congress has revised the program multiple times since, see Public Law 106-396, 114 Stat. 1637; Public Law 107-273, 116 Stat. 1758 (2002 statutory amendments), the regulations have not been updated to conform to the statutory changes. Neither have the regulations been amended to make improvements to the program based on the Department’s experience implementing the program for the last 25 years.

DHS is considering changes to the Regional Center Program regarding the requirements for initial designation and continued participation, a potential requirement for regional centers to utilize an exemplar process, and the grounds for terminating regional center designation.

DHS is considering ways to improve the process associated with the initial designation of regional centers and approving “exemplar” projects. An entity applying for initial designation as a regional center may choose whether to present a hypothetical project, an actual project, or an exemplar project with their Application For Regional Center Under the Immigrant Investor Program (Form I-924 application). A request for review of a hypothetical project should be supported by general proposals and general predictions showing that the proposed regional center will more likely promote economic growth and job creation. Organizational and transactional supporting documents are not required for a hypothetical project. Previous determinations based on hypothetical projects will not receive deference in the adjudication of later filings. If the entity includes an actual or exemplar project proposal with its Form I-924 application, USCIS determines, as part of the Form I-924 adjudication, whether USCIS will accord deference to its approval of that project when USCIS later reviews investor petitions associated with the same regional center and based on the same project. A request for review of an actual project requires a comprehensive and credible business plan that describes the business and verifiable detail on how jobs will be created. Organizational and transactional supporting documents for the new commercial enterprise are not required for an actual project. Deference generally will be accorded to prior approval of the business plan and economic analysis in later filings related to an approved actual project. A request for review of an exemplar project comprises a sample Form I-526 petition filed with a proposed actual project containing copies of the new commercial enterprise’s organizational and transactional documents. USCIS reviews exemplars to determine if they comply with established EB-5 eligibility requirements. If the exemplar project is approved, the determination generally is accorded deference in subsequent related Form I-526 and Form I-829 filings.
“Deference may also be accorded to the approval of a regional center investor’s Form I-526 or Form I-829 petition in the adjudication of related Form I-526 and Form I-829 petitions based upon an investment in the same investment project with the same project documents. Investors may submit evidence of association with an exemplar project before or while the regional center’s exemplar is pending with USCIS, or after the exemplar is approved.”
DHS believes that the existing process presents two problems. First, the adjudication of initial applications for regional center designation become much more complex when entities seeking such designation “bundle” their initial applications with actual or exemplar projects. Under the current process, regional centers often include a host of documents related to actual or exemplar projects with their Form I-924 applications, including project proposals and related organization and transactional documents, such as private placement memoranda, subscription agreements, operating and partnership agreements, and other information. USCIS must review all such documents submitted with Form I-924 applications, even though the information in such documents is frequently unrelated to adjudication of the regional center designation (i.e., determining whether to designate the applying entities as regional centers). Second, by allowing regional centers to choose whether to submit an exemplar project, USCIS effectively let’s those entities determine the level of workload for the agency related to each EB-5 project. When a regional center submits an exemplar proposal, USCIS must only assess the project once at an initial stage. Any issues related to project approval are considered and resolved at this initial stage making individual immigrant investor petitions submitted under that project simpler to adjudicate. When a regional center does not use the exemplar process, USCIS is presented with the project proposal multiple times, including with each individual immigrant investor petition submitted under that project. At this stage, issues related to project approval often require USCIS to issue a Request for Evidence (RFE) or a Notice of Intent to Deny (NOID) to each individual petitioner investing in that project. This presents a significant burden on the agency and each individual petitioner, and delays the adjudication of their petitions.

This free ebook provides a comprehensive overview of the EB-5 requirements, benefits and procedures.