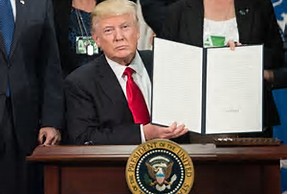 On September 24, 2017, President Trump issued a proclamation entitled, “Enhancing Vetting Capabilities and Processes for Detecting Attempted Entry into the United States by Terrorists or Other Public Safety Threats.” This proclamation was issued by President Trump following a worldwide review of information sharing practices between the U.S. and nearly 200 foreign nations to assess whether nationals of each country seeking to enter the United States pose a national security or public safety threat. As a result of this review, the following eight (8) countries have been deemed to have inadequate identity management protocols, information sharing practices, and risk factors: Chad, Iran, Libya, North Korea, Somalia, Syria, Venezuela, and Yemen. While it was also determined that Iraq did not meet the baseline requirements, nationals of Iraq will not be subject to any outright ban on travel, but will be subject to additional screening measures.
Country-specific travel restrictions apply to each of the following countries:

Effective Dates: The new restrictions are effective immediately for nationals of Iran, Libya, Somalia, Syria, and Yemen who do not have a bona fide relationship to a U.S. person or entity. The new restrictions will take effect on October 18, 2017, for all other persons subject to the proclamation, including nationals of Iran, Libya, Syria, Yemen, and Somalia who have a bona fide relationship with a U.S. person or entity, as well as nationals of Chad, North Korea, and Venezuela.
Scope: Unless an exemption applies or the individual is eligible for a waiver, the travel restrictions apply to foreign nationals of the designated countries who: (i) are outside the U.S. on the applicable effective date; (ii) do not have a valid visa on the applicable effective date; and (iii) do not qualify for a reinstated visa or other travel document that was revoked under EO 13769.
Exemptions: The travel restrictions in the proclamation do not apply to:
• lawful permanent residents (LPR);
• foreign nationals who are admitted to or paroled into the U.S. on or after the applicable effective date;
• foreign nationals who have a document other than a visa (e.g., transportation letter, boarding foil, advance parole document) valid on the applicable effective date or issued on any date thereafter;
• Dual nationals of a designated country who are traveling on a passport issued by a non-designated country;
• Foreign nationals traveling on diplomatic visas, NATO visas, C-2/U.N. visas, or G-1, G-2, G-3, or G-4 visa; or
• Foreign nationals who have been granted asylum in the U.S.; refugees who have been admitted to the U.S.; or individuals who have been granted withholding of removal, advance parole, or protection under the Convention Against Torture.

Waivers: A waiver may be granted if a foreign national demonstrates to the consular officer’s or CBP official’s satisfaction that:
(a) Denying entry would cause the foreign national undue hardship;
(b) Entry would not pose a threat to the national security or public safety of the U.S.; and
(c) Entry would be in the national interest.
• The Secretaries of State and Homeland Security shall adopt guidance addressing the circumstances in which waivers may be appropriate.
• A waiver issued by a consular officer shall be valid for both the issuance of the visa and for any subsequent entry on that visa.
• Waivers may not be granted categorically but may be appropriate in the following situations: