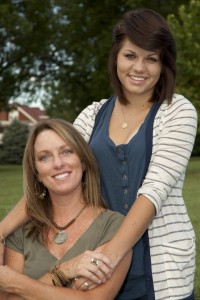 The Supreme Court held that section 3 Defense of Marriage Act (DOMA), which had barred recognition of same-sex marriages for all Federal purposes, including immigration, is unconstitutional. Same-sex marriage is now a lawful basis for all immigration benefits based on marriage.

A same-sex marriage legally valid in the jurisdiction in which it was performed is valid for immigration, regardless of whether the jurisdiction in which the parties reside recognizes same-sex marriage. In the immediate wake of the Windsor decision, many same-sex married couples, many with longstanding relationships, have filed marriage-based I-130 petitions. Some have been able to provide ample evidence because of the longstanding nature of their relationships. Other same-sex couples have had problems gathering evidence, for many reasons. These couples should think creatively about how to obtain evidence to meet the burden of proof.  Consider these issues, which relate both to a couple’s initial filing and the §245 interview:

LGBT Couples with Substantial evidence of the marriage

Some LGBT couples have lived for years “in the closet,” and they may not have access to the same evidence as a married couple who live their lives freely and openly. They may work for an employer who discriminates (legally or illegally) against LGBT individuals, and they cannot take advantage of employment-related spousal benefits; they may rent from a homophobic landlord; they may not have come out to their families. If so, think creatively about what types of evidence the couple can obtain. You may need to supplement the available evidence with numerous personal affidavits from friends that confirm that the couple are not fully “out,” but are in a valid marital relationship.

USCIS will presume the validity of the marriage involving a transgender individual absent jurisdictional law and/or precedent that would place the validity of such marriage in doubt.
The Adjudicator’s Field Manual has a detailed discussion of the documentation USCIS will recognize regarding an individual’s changed gender. The documentation includes an amended birth certificate, passport, or medical certification from a licensed physician. Sex reassignment surgery is not a requirement for an approved I-130, unless the law of the place of marriage requires sex reassignment surgery for the marriage to be deemed valid.